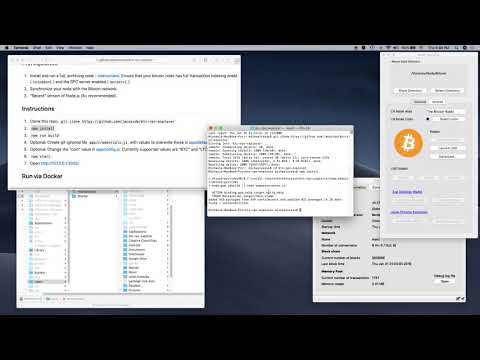 Official Website / Official Slack
About Gulden:
How to setup a Witness (Staking) Gulden was founded in April 2014 based on the Litecoin codebase. In 2015 the Litecoin codebase is abandoned and Gulden switched to the Bitcoin codebase. After years of development it can be said that Gulden now has its own codebase. Gulden started with a 10% premine that was spent entirely on development. The current developments are now paid by part of the mining reward. The direction of the developments are determined by the Gulden advisory board (GAB). The GAB consists of 9 members and is elected each year from the members of the community. Anyone can stand for election. Voting for candidates is recorded and done through the Gulden blockchain. Gulden would like to become a generally accepted means of payment. To this end, the development is aimed at making the wallets as user-friendly as possible.
What makes Gulden unique:
- PoW2 - Proof of work + Witness/Staking - SegSig (Segregated Signature) - SIGMA (Semi Iterated Global Memory Argon) - Linking (Control your mobile wallet from your desktop wallet) - Wallet accounts - Unity (Unified codebase) - Delta (Difficulty Algorithm) - Sonic (Fast Sync)
Features of Gulden explained:
PoW2: Gulden does not use a standard PoW consensus model, but the in-house developed PoW2 model. This is a combination of PoW and Witness. Miners control the transactions and the Witness controls the miners. In order to get the same chance of success for a double spend as for the single transaction approval systems it is therefore necessary not to control >50% of the mining power or >50% of the number of coins in witness accounts but to own more than 71% of both systems. (0.71 * 0.71 = 0.5 so 50% chance).
Because many Gulden owners have their Gulden fixed in witness, it is difficult to get a 71% majority in witness. There are now more than 100 million Gulden in witness. In order to get a 71% majority, an attacker has to secure an additional 220 million Gulden in witness. Apart from the fact that this is almost impossible, the price of the Gulden would go up sky high if so much Gulden had to be bought by the attacker. And because the attacker has to lock the Gulden, it looks like a bank robber who is going to rob his own bank. So such an attack is theoretically possible, but not possible in reality.
Anyone can become a witness: by locking an amount of Gulden in a Witness account in the desktop wallet for a certain amount of time. Depending on the weighting of the witness account (chosen duration and amount in the account) the witness earns rewards. The advantage of this system is that the Gulden blockchain can withstand 51% attacks without relying heavily on energy-guzzling PoW miners or vulnerable standard PoS systems. Transactions can be safely accepted after one confirmation instead of the standard 3-6 confirmations.
​
SIGMA: Since October 17, 2019, the Gulden team has implemented the Sigma algorithm and since then it is possible to mine Gulden solo without additional equipment. The algorithm is asic resistant and can be done on a normal desktop computer using it’s CPU. One can simply use this CPU mining algorithm by creating a mining account in the desktop wallet and start mining Gulden.
SegSig - Segregated Signature - Detailed article still to be published but was implemented with PoW2. Advantages of Segregated Signature: 1. 58% space saving on all transactions. More then twice the bitcoin SegWit implementation. 2. 58% increased transaction throughput. No block size or frequency changes needed. 3. Overhaul to the transaction script system which allowed us to implement PoW² and SegSig as clean as possible along with other benefits.
​
Please take your time and read the technicals on this coin as its truly phenomenal and seriously under valorised and recognised. Barely any effort has been made to market its potential but you can judge yourself. Read the PoW2 Whitepaper or the short version PoW2 simply explained
The Official Website and Official Slack chatroom.

I will be bringing you upcoming events/announcements every day. If you want improvements to this post, please mention houseme in the comments. We will make improvements based on your feedback.

There are more events but this message got too long

Bitcoin's price has been steadily creeping upward for the last month. The altcoin marketcap has also climbed with Bitcoin, although still has not broken December 2018's high. However, a number of coins are showing impressive gains. Despite the recent euphoria, it may be wise to trade with caution. Bitcoin is currentl... Sub-version: Satoshi: 1.1.0.2: Version: 1020004: Protocol: 70002: Wallet: 60000: P2P Port: 11015: Connections: 8 Gulden was founded in April 2014 based on the Litecoin code base. In 2015 the Litecoin codebase is abandoned and Gulden switched to the Bitcoin codebase. After years of development it can be said that Gulden now has its own code base. Gulden started with a 10% premine that was spent entirely on development. Bitcoin Confidential (BC) current price is $0.00009400 with a market cap of $693,682. Its price is -27.05% down in last 24 hours. Gulden Block Explorer is a simple tool which gets you detailed information about any Gulden transaction, address and block. ... Bitcoin Dominates Jack Dorsey's Cash App in Q1 2020 with $306 Million Revenue. BitMEX Causes a Significant Surge in BTC Transaction Rates at 13:00 UTC Daily.

Blockchain Explorer How To Determine If A Cryptocurrency Is Real

And in this video of Bitcoin Blockchain explorer, you will learn:--What is Bitcoin Blockchain Explorer-How to use a Bitcoin Blockchain Explorer-How to view a transaction/public address in the ... Blockchain/Bitcoin for beginners 6: blocks and mining, content and creation of bitcoin blocks - Duration: 46:48. Matt Thomas 11,082 views Check out the Blockchain Explorer to determine if the coin you are researching is a real cryptocurrency with a 'public ledger' blockchain behind it by using the following link: https://chainz ... Setting up a Block Explorer for your coin - Duration: 24:33. Aqua 22,444 views. ... Bitcoin Explained Lab 1: Block Chain Explorer - Duration: 3:42. Emeka aka On1 Productions 2,048 views. In this lab we will look at the block chain real time. We will look at the genesis block, the first bitcoin block ever mined on the network and we will see what the transactions in the block look ...